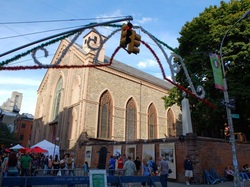 A bustling piazza, even in the daytime. 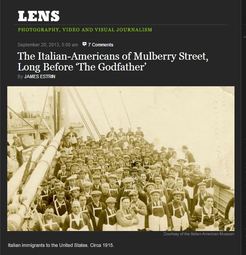 The NY Times Lens Blog covers the Looking Back project.


The Italian-Americans of Mulberry Street, Long Before ‘The Godfather’ By James Estrin 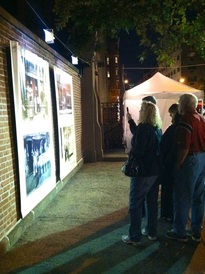 A family's evening stroll through the feast turns into a moment to meditate on the exhibit.

Exhibit Reception & Mulberry Street Bronze Plaque Dedication. Special guest speaker Alec Baldwin, co-chair of Tisch School of the Arts Dean's Council, gets a tour of the exhibit from William Bray, a neighborhood resident and long-standing partner in the project. 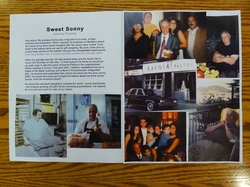 This heartfelt set of photos and corresponding story were sent to us by a parishioner whose grandfather recently passed away.  We are honored to honor "Sweet Sonny", Anthony Favazza, by sharing this photo with the public.

Photo courtesy of the Favazza Family. 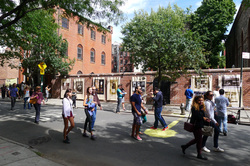 The day provided lovely weather for a walk down the piazza. 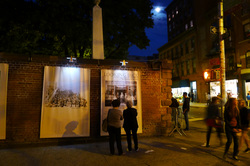 People passing by pause to reflect on the exhibit. 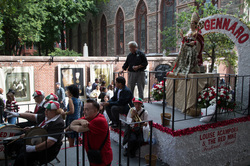 The Grand Procession up Mulberry Street on the exhibit block.

"The first and simplest emotion which we discover in the human mind, is curiosity." -Edmund Burke 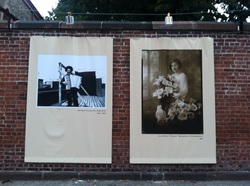 The show is mounted on Mulberry St, ready for public viewing. 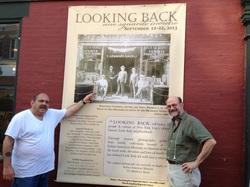 Title panel mounted in front of the Italian American Museum. 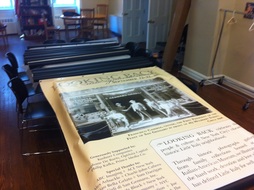 The panels arrive from the printer.